Carrie set her sights on being a cosmetologist as early as junior high.  Twiggy (the supermodel of the day) and Carrie’s natural curly hair were at definite odds with each other!  Wanting to know how to style and manage her curls set the wheels in motion.  The evidence of her strength and work ethic can be found in getting her Cosmetology license only months after graduating high school.

Newly licensed as a Hairstylist, Carrie was recruited by former Revlon model B’Anne of With Love B’Anne’s.  The two years spent under B’Anne’s mentorship began Carrie’s knowledge of skin care and makeup application.

In 2003, Carrie opened a large Salon/Spa in Flagstaff, and operated it for ten years prior to her move back to the Phoenix area.  Desiring a smaller, more personal salon culture, she chose to relocate to the beautiful Historic District of Downtown Glendale.  This quaint and charming salon in the Catlin Court community offers all the amenities you will love. 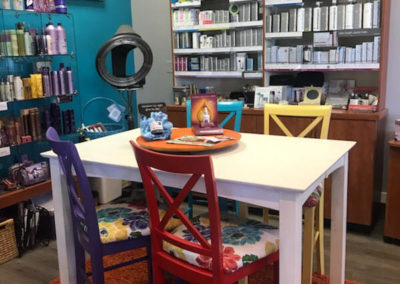 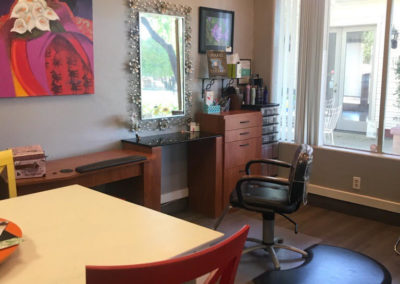 Make an appointment to visit Carrie's Salon Where Style is an Art!